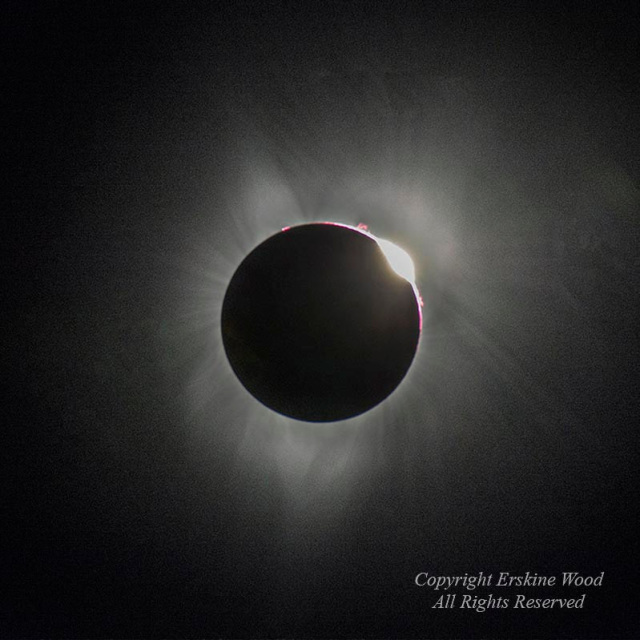 This photograph was taken from Central Oregon within the zone of totality August 21st, 2017.  The diamond ring effect shown here, is seen for only a few seconds as the eclipse enters and leaves totality.  The irregularities of the edge of the moon (i.e. mountains and valleys) cause “Baily’s Beads”, difficult to detect in this photograph as the sun’s corona at this point is already too bright.  A thin reddish edge, called the chromosphere (named from the Greek chromos, appears. The reddish hydrogen radiation and solar flares are still visible. 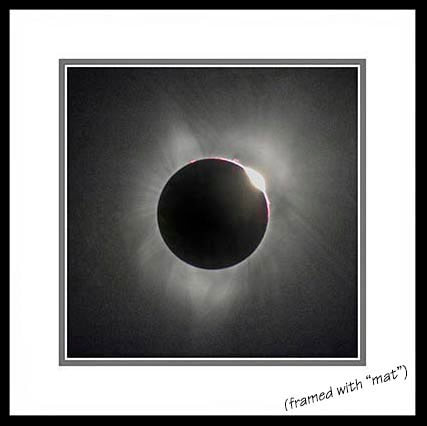